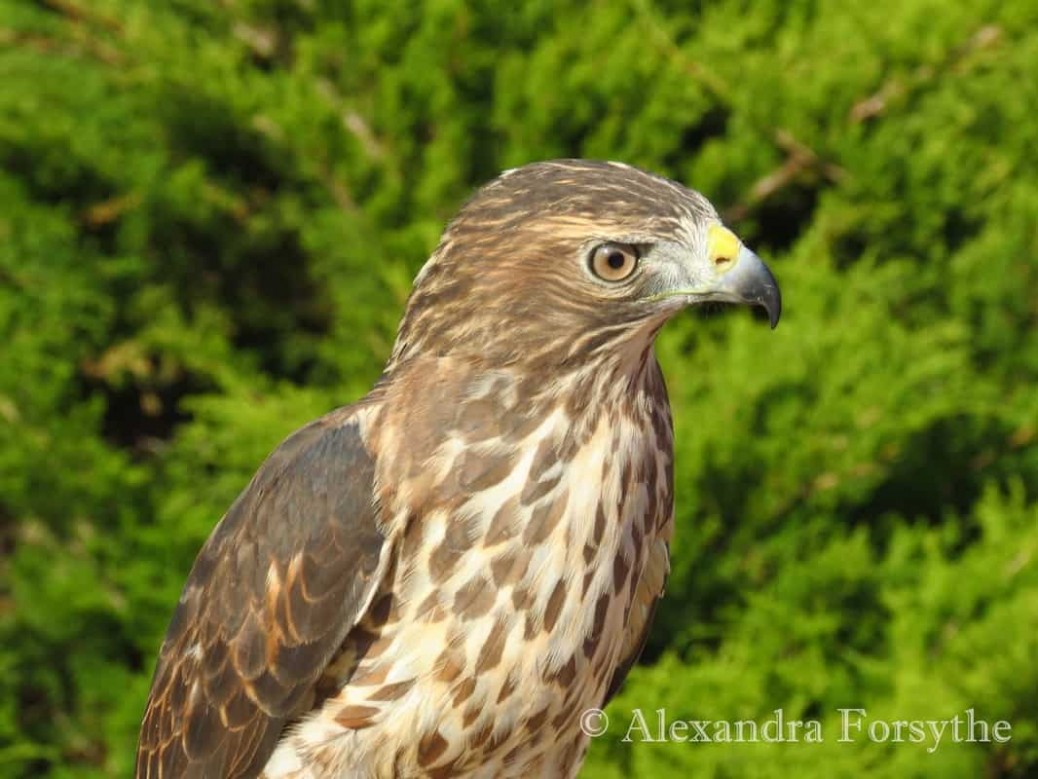 “In hidden retreats, where the tangled wilderness of lakes and forests guards in lonely silence the streams which feed the Red River of the North in Minnesota, I found the Broad-winged Hawk, breeding abundantly. At home with the Barred Owl, and unmolested by stealthy tread of wild cat or lynx, he is in this region indeed a ‘bird of the wilderness’. He chooses the heavy, close woods about small lakes, where food is abundant and shelter near, and where he may hide himself. Here he may be seen hurrying to and fro over the water, or darting up along the shore, to glide quickly out of sight in the woods… [F]rom their inquisitive ways and lack of fear at human presence, I have come to admire them almost as much as any of their kind” – J. W. Preston, “Nesting Habits of the Broad-winged Hawk”, The Ornithologist and Oologist, Vol. 13 (1888).

The Broad-winged Hawk is the smallest Buteo in eastern North America. It is also somewhat unusual in its migration habits. It is one of the earliest of our raptors to leave in the fall, and one of the latest to arrive in spring. It doesn’t travel alone or over a long period of time; Broad-winged Hawks travel in large flocks during a concentrated period of time in the fall. When viewing them at Hawk Mountain, for example, you’ll likely see large flocks of them, sometimes numbering into the thousands, during a two-week period in September. The short migratory time frame coincides with the ideal atmospheric conditions creating the thermals and mountain updrafts upon which the hawks depend. They travel 69 miles per day, and without the thermals, the hawks would have to use powered flight rather than soaring.

Although these birds are usually solitary, during migration they travel in large groups called “kettles”. Traveling in large flocks is believed to help the birds find the thermals, and it helps them with navigation and orientation.

New Hampshire Public Television made an hour-long video documenting the 4,500-mile migration of the Broad-winged Hawk from New Hampshire to South America. I highly recommend watching it on a larger screen. You can see it here: http://video.nhptv.org/video/1527088779/.